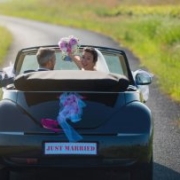 Although open enrollment for 2021 health plans ended in mid-December in most states, it’s still ongoing in Washington, DC, and 11 states. Idaho’s open enrollment period is the next to end, on December 31; the others will continue to allow people to enroll until mid or late January. 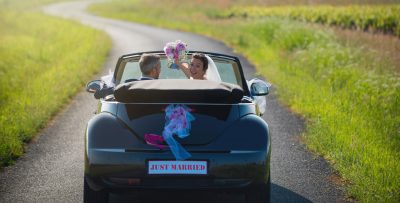 Miss open enrollment? You may be eligible for a special enrollment period if you have a qualifying life event.

In Idaho, Nevada, Rhode Island, California, New Jersey, and New York, you can still enroll now for coverage that takes effect on Friday, January 1. (The deadline for this is today in California, and tomorrow in the rest of those states.)

In Colorado, Connecticut, Pennsylvania, Washington, Massachusetts, and Washington, DC, new enrollments are currently being processed for a February 1 effective date.

If you’re in a state where open enrollment is ongoing and you’ve got questions, check out our comprehensive guide to open enrollment. If you live elsewhere, you may still be able to enroll if you experience a qualifying event that triggers a special enrollment period.

Federal protections against surprise balance billing will take effect in 2022

President Trump signed the Consolidated Appropriations Act, 2021, into law on Sunday, following a brief delay during which it was uncertain whether the bill would survive. The wide-ranging legislation includes fairly strong federal protections against surprise balance billing, which will take effect in January 2022.

Some states have tackled this issue on their own. Most recently, Ohio  state lawmakers passed HB388 last week, though the bill has not yet been signed into law. But state laws don’t apply to self-insured plans (which account for the majority of employer-sponsored coverage) and many states have not yet enacted consumer protections against surprise balance billing.

There has long been a need for federal action on this issue, and broad bipartisan consensus that consumers should not be stuck in the middle of surprise balance billing situations. But ironing out the details between medical providers and insurers has taken years of debate. The new law will mostly ensure that consumers are not responsible for additional charges when they see out-of-network providers at an in-network facility or during an emergency situation. But notably, the law will still allow for surprise balance billing from ground ambulance services.

The day before Thanksgiving, CMS published the proposed Notice of Benefit and Payment Parameters for 2022. This annual rulemaking document is lengthy and covers a wide range of provisions, but we summarized several that might have the most direct impact on consumers.

CMS is accepting public comments on the proposed rules, but only through midnight tonight. If you want to comment, you can do so by going to the proposed rule and clicking on the “submit a formal comment” tab on the right side of the page. You can see the comments that other people have submitted – including this detailed and thoughtful comment from Charles Gaba – which might help you clarify your own concerns or suggestions for CMS.

CMS has published effectuated marketplace enrollment data for the first half of 2020. Not surprisingly, average effectuated enrollment from January to June this year was higher than last year, by about 350,000 people. For the first six months of 2020, an average of more than 10.5 million people had effectuated coverage through the marketplaces, versus under 10.2 million during the same time period in 2019. As explained here by Andrew Sprung, effectuated enrollment for just the month of June was likely even more significantly elevated when compared with June of 2019, although those official numbers aren’t yet available.

Average monthly premiums were about 3 percent lower than they had been in 2019, and average monthly premium subsidy (premium tax credit) amounts were about 4 percent lower. This is not surprising, given that average premiums for existing plans decreased slightly in 2020 and insurers entered the marketplaces in at least 19 states, in some cases with premiums that were lower than the existing plans’ rates. (In states that use HealthCare.gov, average benchmark plan premiums were 4 percent lower in 2020 than they had been in 2019, and premium subsidy amounts are based on the cost of the benchmark plan in each area.)

The recommendations are summarized here, and include immediately available actions, such as opening up a special enrollment period on HealthCare.gov in conjunction with restored federal funding for outreach, mitigating the unexpected tax hits that people may unexpectedly face next spring when they reconcile their 2020 premium tax credits, and issuing an interim final rule to reverse some of the proposed rule changes for 2022, if the Notice of Benefit and Payment Parameters are finalized (without significant changes) prior to Biden’s inauguration.

The letter also implores the Biden administration to make various long-term changes, including the reversal of rules that were put in place under the Trump administration that led to increasing uninsured rates and the proliferation of non-comprehensive health plans.

California Senate Bill 260, which was signed into law in 2019 and takes effect on Friday, will help to ensure that California residents who lose their health insurance are able to easily transition to coverage through Covered California (the state-run exchange), which can be either a private plan or Medi-Cal, depending on the person’s financial situation.

Under the terms of the new law, state-regulated health plans in California will provide the exchange with contact information of any plan member whose coverage terminates, unless the person has specifically opted out of this program. The exchange will then be able to reach out to these individuals to let them know what coverage options and financial assistance are available to them.

Starting in July, SB260 will also require Covered California to automatically enroll people who are losing Medi-Cal coverage into the lowest-cost available Silver plan, although the person will also be given the option to select a different plan or to reject the auto-enrollment altogether.

In addition to COVID-19 relief, surprise balance billing protections, and a host of other reforms, the Consolidated Appropriations Act, 2021 also restores access to Medicaid for citizens from the Marshall Islands, Palau, and the Federated States of Micronesia who live in the United States under the terms of the Compacts of Free Association.

A drafting error in the 1996 welfare reform legislation eliminated Medicaid access for COFA migrants, and it’s taken nearly a quarter of a century of advocacy and legislative efforts to restore it. As many as 94,000 COFA migrants nationwide could benefit from the restored access to Medicaid, which took effect immediately when the law was enacted.